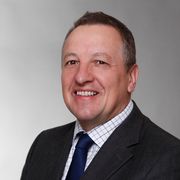 David graduated from the University of Bath with a BSc in Economics & Politics and began his teaching career at St Albans School, one of the oldest private schools in the world. He then moved to Haberdashers’ Aske’s School for Girls as Head of Economics & Politics and during that time completed a Master’s Degree at University of London in Politics & Administration.  After three years at Harrow School as Head of Economics and Business, David came to Reed’s School as Director of Studies in 2003.

A passionate believer in a broad academic curriculum, he has overseen the sharp rise in academic standards at Reed’s and the significant growth in the School. David’s interests include gardening, walking in the Surrey Hills and the occasional round of golf.