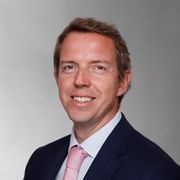 After reading Geography at the University of Cambridge, Jon worked for PricewaterhouseCoopers in London, completing his ACA qualification and worked for six years in assurance services for a range of corporate clients. After gaining a PGCE from the University of Birmingham he taught at Cranleigh School for six years. During this time, alongside completing a Masters in Education, Jon was appointed Head of Geography, Master-in-charge of Cricket, and Head of PSHE. Jon joined Reed's in September 2013 as Head of Geography and was promoted to Assistant Head (Academic Development) in 2016, a role which allows him to focus on developing both the school's academic systems and its teachers.

Never far away from his passport, Jon’s love for travel has taken him and his wife to many fascinating places around the world, both far and near. As a former Cambridge cricketer, he’s still an avid follower of the sport.