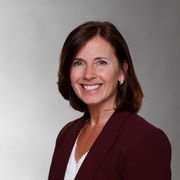 Caroline worked as a researcher in the City and in New York after graduating from Exeter University with an honours degree in English. After completing a PGCE at Kings’ College London she taught at a large comprehensive in Hampshire for 7 years and came to Reed’s in 2002 as 2nd i/c of English. After a year out working at the International School of Monaco in 2005, Caroline returned to Reed’s and was promoted to the Senior Leadership Team in 2008, devoting much of her time to improving and maintaining the high standards of teaching.

Caroline also served as a Magistrate which she regards as one of the most interesting periods of her life. However, for her, nothing is as rewarding as being a parent.

As a governor at two other schools, much of Caroline’s spare time is absorbed with education but she also loves being outdoors with her family, whether it’s walking the dog, kayaking on the Thames, gardening or roller-blading.