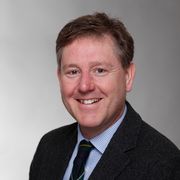 Des graduated from Essex University with a BSc in Physics and an MSc in Laser Communications. After a period working for British Telecom he started his teaching career at Pangbourne College in Berkshire and then moved to Sutton Grammar School. Des came to Reed’s in 2000 as Head of Physics and became Head of Science in 2005. In 2014 he was also promoted to the Senior Leadership Team with his main responsibility being writing the School timetable – an excellent use of his Mathematical aptitude!

With a love of outdoor pursuits, Des has helped run the Sailing and Shooting Teams at Reed’s. He has also managed to run four marathons in recent years, inbetween spending time with his family.