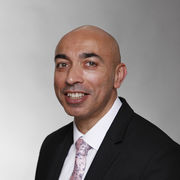 Luke read English Literature at QMU and discovered a love for teaching as a Graduate Gap Assistant at Brighton College. He then moved to the state sector, teaching English, Drama and Media Studies in a comprehensive school with 2,500 pupils. His return to the independent sector was fuelled by a deeply-held belief in all-round education. At Reed’s this saw him become head of two academic departments, winning a Good Schools’ Guide Award for teaching, Head of extra-curricular Drama and Girls’ Hockey, and a pastoral leader. Luke received a Master’s Degree from the University of Nottingham in Educational Leadership and Management, completing his dissertation on the effects of extra-curricular and pastoral provision on academic attainment. As Head of Sixth Form and Boarding Housemaster, he oversees the academic, pastoral and personal development of the students in preparation for university.

Luke remains an active hockey player, a keen runner and is passionate about film.