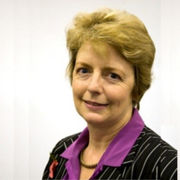 Karen has been a Governor at Reed’s School since 1997. A qualified Solicitor both in the UK and Hong Kong, she read Jurisprudence at Oxford University and was the first female to become President of the City of London Law Society. Karen was also the first woman to become Master of the City of London Solicitors’ Company in its 100 year history. Her early career was spent in firms of Solicitors in the City of London - Stephenson Harwood, Travers Smith as a partner specialising in Company and Commercial Law. Elected President of the Somerville Association, Karen has also been an In-house Lawyer and Company Secretary at Reed International plc (now Reed Elseiver plc), and subsequently Group Company Secretary of Caradon plc (later Novar plc).